Home Up and Away Part II: The Nitty Gritty of Jet Lag Management

Up and Away Part II: The Nitty Gritty of Jet Lag Management

Home / For Everyone / Blog Posts / Up and Away Part II: The Nitty Gritty of Jet Lag Management

Up and Away Part II: The Nitty Gritty of Jet Lag Management

Welcome back our guest blogger, Dan Oren, psychiatrist and clockwatcher extraordinaire! Dan’s clinical work and research on biological timing, at Yale and the National Institute of Mental Health, is a model of creativity, and a forceful challenge to status quo thinking. He is co-author of the classic paperback, How to Beat Jet Lag: A Practical Guide for Air Travelers, and a Board member of the Center for Environmental Therapeutics. In Part II of his jet lag series for Psychology Today, Dan develops a set of practical schedules of light-dark exposure and activity-rest scheduling to ease your long distance travel woes. The prescription is specific both to the distance and direction of your trip.

Part I of my two-part post focused on the role of light and darkness in jet lag — as has most research into the effects of environmental time cues in both animals and humans. But there is mounting evidence that other factors also play an important role. Chief among these are activity and rest — which can therefore also be used to help you overcome jet lag’s effects. Studies suggest that activity might play a role similar to that of light in shifting circadian rhythms (essentially, your body’s inner clock). In attempting to minimize your jet lag, it is therefore generally desirable to be active at those times when you should be exposed to light. It is quite likely that combining light and activity may actually have a more powerful effect than each of those factors alone. So when you get to your destination during daylight hours, that is another reason why getting out and doing things is preferable to immediately sacking out in your hotel room.

Just as activity appears to have an effect on circadian rhythms similar to that of light, so rest may work in a manner similar to dark. You may do better to remain at rest at those times of day when you need to be exposed to darkness. In situations where you’re unable to be in the dark at the required time, simply resting by itself may be helpful.

For example, if you usually go to sleep after midnight, add extra time onto all the instructions, hour for hour. Say your usual sleep onset time is 1 AM, your usual wake up time is 9 AM, and the instructions tell you to avoid light and minimize activity at 5 PM. in the time zone of your destination, instead put on your dark glasses at 6 PM in your destination time zone. For those of you who normally go to sleep and wake up early, subtract from the times given in the directions the difference between your times of sleeping and waking and those “typical times” mentioned above.

So what formula could you use?

As you develop your travel plan, keep in mind the number of time zones separating your trip’s origin from destination, the TZT.

IF YOU ARE TRAVELING EAST...

Between 10 PM and 4 AM ITZ, avoid light and minimize activity.

From 4 AM until 7 AM ITZ, maximize light exposure and activity.

Your switch-point is now likely around 2 AM ITZ.

The switch point, which we described in Part I of this series, is an important benchmark for jet lag management. It is the time point in the circadian rhythm when light exposure switches from causing delays in the inner clock to causing advances. For example, if the inner clock reads 4 AM, and you go into a brightly lighted room, the clock may shift to 6 AM — a delay shift that will help you go to sleep and wake up later, in a better match to local time if you have traveled west. But a few hours later — after the switch point — the clock will shift earlier, not later. For example, if you go into a brightly lighted room at 7 AM, the clock may shift to 5 AM!  That will expedite your adjustment after eastward flight, but it would hamper adjustment after westward flight. Clearly, during and after long distance air travel, we want to time light exposure to shift our inner clock as quickly as possible to local time at our destination.  To do this, you have to avoid light on the wrong side of the switch-point.

On your first night at your destination, avoid light and minimize activity between 7 PM and 2 AM ITZ.

The next morning at your destination, maximize light exposure and activity between 2 and 5 AM ITZ.

Your switch point is now likely around midnight ITZ.

If your TZT is 6 or greater, you will want to go through at least one more adjustment cycle, as described here:

On this second night at your destination, avoid light and minimize activity between 7 PM and midnight ITZ.

On the next morning, maximize light exposure and activity between midnight and 3 AM ITZ.

Your switch point is now likely around 10 PM ITZ.

IF YOU ARE TRAVELING WEST...

From 11 PM until 3 AM ITZ, maximize your light exposure and activity.

Between 4 AM ITZ and 10 AM ITZ on the first overnight of travel, avoid light and minimize your activity.

Your switch point is now likely around 6 AM ITZ.

Maximize light exposure and activity between midnight and 3 AM ITZ.

Avoid light and minimize activity between 6 AM and noon ITZ.

Your switch point is now likely around 8 AM ITZ.

If your TZT is 6 or greater, you will want to go through at least one more adjustment cycle, as described here:

Maximize light exposure and activity between 1 and 4 AM ITZ.

Avoid light and minimize activity between 8 AM and 2 PM ITZ.

Your switch point is now likely around 10 AM ITZ.

IS YOUR EFFORT WORTH THE BENEFIT? 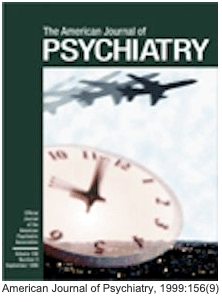 A research team at Columbia University, under the direction of Dr. Robert L. Spitzer and our blogger, Dr. Michael Terman, tallied the most bothersome symptoms experienced by a large group of psychiatrists who traveled from all over the world to an international scientific congress in Australia. Their distance and direction of travel varied widely, of course. Here is the list of most bothersome jet lag symptoms that surfaced from the data analysis, as reported in the American Journal of Psychiatry:

To be sure, not every psychiatrist experienced all these symptoms. You’ll know from past experience which ones have bothered you, and how much.  Some travelers are more resilient than others, and can manage most trips without taking special measures.  But as travel distance increases, the likelihood that you will feel “out of it” for several days — or even longer — markedly increases. This can spoil a vacation, or put the business traveler at a disadvantage when negotiating a deal. If jet lag hits you hard, taking action to prevent it can be high priority!