Home Mood Depression A Game Changer in the Treatment of Depression

A review of light therapy for depressive symptoms concluded that methodological problems make it hard to say whether this treatment was effective.

Specifically, patients were randomized to receive:

Michael Terman, PhD, a professor in the psychiatry department of Columbia University, and president of the non-profit Center for Environmental Therapeutics, said:

This is the most impressive clinical trial of light therapy I have seen, whether for SAD (seasonal affective disorder) or non-SAD.

It ran for eight weeks, longer than earlier studies, it used two types of placebo control, and it pitted the response against standard antidepressant medication.

If light had proved ineffective, or only weakly effective by comparison with fluoxetine, it would have consigned light therapy to the dustbin. The dramatic opposite result turns the tables on the choice of somatic treatment for major depression. 10,000 lux light therapy upon awakening – or by implication, a walk outdoors if the sun is up – now can be recommended to patients with recurrent depression, many who will respond without recourse to drugs.

More generally, this study confirms what Thomas R. Insel, MD, former director of NIMH, concludes about antidepressants. While they may help some patients achieve remission, the “bottom line is that these medications appear to have a relatively small effect in patients broadly classified as having depression.” Other, perhaps nonpharmacologic, tools are needed.

What Does This Mean for You as a Patient? 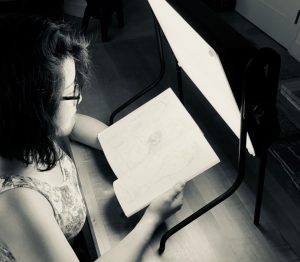 Many patients may not respond optimally to antidepressants. If so, your health care provider can use light therapy with you as an adjunct to medication, or even consider light therapy as the sole therapy.

If you do not have a PayPal account, click on “Check out with PayPal” anyway. The next screen will let you check out as a PayPal Guest with a credit card.
Orders from US and Europe:
$179.99
Shipping to US is included.
Please add $100 for shipping to Europe.

What Are Negative Air Ions?