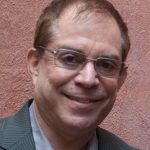 Sleep, or the lack of it, is closely related to major mental illness. Sleep also affects everyday life for people in recovery. How? For the inside scoop, I interviewed Michael Terman, PhD. Dr. Terman, Professor of Clinical Psychology in Psychiatry at Columbia University, and co-author of Reset Your Inner Clock, is a pioneer in circadian treatments for depression and sleep disorders. He is also President of our international non-profit Center for Environmental Therapeutics. I thus consider him the world authority in my own backyard.

What are circadian rhythms?

Circadian rhythms are the daily cycles of activity and rest governed by our inner clocks. They evolved due to the cycle of night and day, dark and light, that we experience from the solar cycle. These rhythms also guide our patterns of alertness, hunger, blood pressure, and even the strength of our immune systems. They influence our mood, too.

Changes of sleep commonly accompany depression. These changes may take the form of either insomnia, or sleeping longer. For example, when the sun rises later, and the days are shorter, people with the winter blues frequently sleep two or more hours longer than usual. Like many people with major depression, some of them report they do this to “escape.”

Light therapy can often alleviate both major depression and winter blues (seasonal affective disorder, or SAD). Typically light therapy involves sitting in front of a box with 10,000 lux illumination for a half hour per day in the morning. Initial guidance from a knowledgeable professional can fine-tune elements of therapy, for example, identifying the best length of exposure, and timing the session relative to wake-up.

Are circadian rhythms related to mood in other ways?

Keeping someone in a dark room for up to fourteen hours can end mania, just as administering an antipsychotic does. And we hypothesize that to calm themselves, people can wear glasses that block the blue frequency of light, since the blue part of the spectrum is energizing. That is why CET has glasses which cut out the blue segment of the spectrum.

How do sleep and mood interact?

A new combination of treatments, called “triple chronotherapy,” addresses depressive episodes in bipolar disorder. The inspiration for this treatment arose by chance when a patient insisted to her doctor that she suddenly felt depression-free after bicycling all night. The doctor investigated, and discovered that when people with bipolar depression were kept awake all night, most of them felt fine the next morning. Unfortunately, however, they relapsed into depression after resuming sleep the next night.

For forty years, this amazing procedure, wake therapy, was rejected in clinical practice because it was so short-lived. However, scientists developed a three-part protocol for the inpatient treatment of bipolar depression to sustain the normal mood. The protocol begins with wake therapy, and staff to help patients resist the pressure to sleep. Treatment then moves the patient’s usual bedtime earlier, and provides daily light therapy.

That sounds almost too good to be true!

It is an achievement, all the more impressive considering that my colleague and CET Advisor Francesco Benedetti MD developed this treatment combination based on the basic circadian science. Although the inspiration for wake therapy was the patient with the bicycle, our group developed the knowledge to fan that spark into a flame. In contrast, much progress in psychiatry today relies less on applying scientific principles to problems, and more on taking a pill that treats one disorder, and seeing whether it will work for another.

Of course, triple chronotherapy must be applied carefully. For example, about one in twenty patients with bipolar depression will switch into mania after a night of sleep deprivation. However, overall, this treatment is one of the successes of chronobiology—the science of circadian rhythms.

Yes. The science of circadian rhythms can help people cope with changes in their environment that interfere with their usual experience of day and night. These disturbances, such as jet lag or shift work, differentially impact people in recovery because they can precipitate severe mood changes.

In addition to providing tools to reduce the risk of mood episodes, chronobiology offers a unified framework to explain a variety of psychological and medical problems, and contribute solutions to the quality of everyday life.

I just did the Morningness-Eveningness assessment questionnaire…

When Do Children and Teens Need Protective Eyewear to Get a Good Night’s Sleep?