Drugs, such as antidepressants, antiepileptics, and opioids, are often not effective for patients with fibromyalgia. In addition, these pharmacologic options frequently have side effects. Alternatives, such as psychotherapy, require professionals with special training, and exercise necessitates motivation. 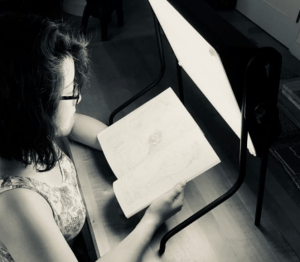 What possibilities are left for fibromyalgia patients saddled with chronic, widespread pain, and problems with mood, sleep, and cognition?

At the June 2017 Sleep meeting in Boston, researchers presented a tentative possibility. A small study of ten adults with fibromyalgia took part in a fifteen-day experiment. First, the subjects slept at home for a week. Then they had an overnight session where different measures, such as their pain sensitivity, and melatonin secretion, were assessed.

Both groups improved in terms of function and pain sensitivity, and reported no side effects. Importantly, the morning light treatment group led to a clinically meaningful improvement in function, as measured by the Fibromyalgia Impact Questionnaire (FIQ) and heat pain threshold.

How significant are these changes? Helen J. Burgess, PhD, and her colleagues concluded, “Morning bright light should be further explored as a potentially feasible, acceptable and effective adjunctive treatment for fibromyalgia. The improvement in function was similar to that seen after psychotherapy, and about half of the improvement seen after months of exercise training.”

For more information on promising expansions for the role of light therapy, see Spotlight on Parkinson’s Disease.