Home Researchers Around the World Sleep and Aging: Why Does Sleep Change as We Age?

Sleep is controlled by our “sleep need” and by our circadian clock. This “two-process” model of sleep basically says that we have to be awake a certain amount of time before we are sleepy enough to fall asleep, and we have to sleep a certain amount of time before we feel fully awake. If your sleep need is not met (that is, you don’t get enough sleep at night), or your circadian rhythms are out of sync (you are not sleeping at a time your body wants to sleep, like during jet lag), then your sleep can become disturbed.

Despite popular belief, data have shown that older adults need as much sleep as they did when they were younger. All adults need 7-8 hours of sleep. So, the need to sleep does not change with age. What does change is the ability to get the sleep that we need.

Why is it important if older adults don’t get the sleep that they need? It is important because there are consequences to poor sleep, including worse memory, worse attention, worse physical functioning, poor concentration, and slower response time (meaning, how fast you can slam on the breaks if a child runs in front of your car). If you went to your doctor with these symptoms, your doctor might think you were developing dementia. But these may just be symptoms of insufficient sleep.

We also know that poor sleep puts us at great risk for more depressive symptoms, heart disease, falls, dementia and other medical ailments.

So why do we lose the ability to get the sleep we need? It is because of the medical and psychiatric illnesses we have, all the medications we take, changes in our circadian rhythms and the higher prevalence of primary sleep disorders with age.

Any medical or psychiatric illness that causes discomfort will be associated with poor sleep. This could include pain from headaches or arthritis, neurodegenerative disease (like dementia or Parkinson’s), depression, nocturia (going to the bathroom two or more times a night), heart failure, and so on. The key is to treat the underlying illness at the same time as treating the sleep problem.

As we get older, our circadian rhythms shift such that we get sleepier earlier in the evening (perhaps at 7-8 PM, or 19-20h) and we wake up 7-8 hours later, which is a bit too early in the morning (3-4 AM). This is a normal change. But many older people don’t want to go to bed earlier even though they are tired. So, they try to stay up late, but their inner clock still wakes them up at 3-4 AM. Now they can’t get a full night’s sleep — you can’t sleep 7-8 hours if you are only in bed 5-6 hours!

A second common pattern in older folks is falling asleep while watching TV after dinner, sleeping 30-60 minutes, then getting up to get ready for bed. But now they can’t fall asleep —the “sleep need rule” is exerting itself: You have to be awake a certain amount of time before you are sleepy enough to fall asleep. So now they complain about difficulty falling asleep and difficulty staying asleep. But this is not insomnia. Rather, it is a case of “advanced sleep phase,” with the bad habit of napping in the evening. The best thing to do is to listen to your body and go to sleep when you feel sleepy. To change or shift the advanced phase, you can also try going for a walk late in the day when the sun is still out. Outdoor evening light may help you stay awake later and sleep later in the morning. Don’t wear sunglasses when going outside, as the light needs to stimulate the eyes for circadian rhythms to shift later.

The eyes also change with age in their ability to transmit light to the retina and thus to the visual and non-visual centers in the brain. The lens becomes yellowish, and cataracts or glaucoma can develop. All these physical changes in the eyes these filter light input  —  particularly, wavelengths in the blue range needed for the circadian system to stay synchronized. In a nutshell, older people need more light.

A final reason we lose the ability to get enough sleep is the higher prevalence of primary sleep disorders in old age. Sleep disorders like apnea, restless legs, and REM-sleep behavior disorder are all more common as we get older.

If you have a sleep disorder — no matter what your age — getting treatment is a priority if it interferes with your quality of life or constitutes a medical risk.

Sonia Ancoli-Israel PhD, Professor Emeritus of Psychiatry, is a past-president of the Sleep Research Society and the Society for Light Treatment and Biological Rhythms, and was on the founding Executive Board of the National Sleep Foundation. She is a fellow of the American Academy of Sleep Medicine and of the Gerontological Society of America. 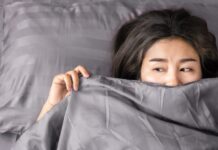 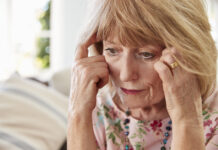