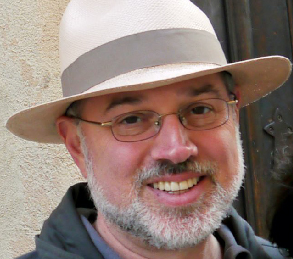 Dr. Dan Oren received the MD degree from the Yale School of Medicine, where he later did his training in psychiatry and served as an Associate Professor of Psychiatry. He is Medical Director at BHcare in Ansonia, Connecticut, USA.

Dan’s research and clinical interests grew out of a research fellowship in the Clinical Psychobiology Branch of the US National Institute of Mental Health (NIMH) where he worked under the guidance of Drs. Thomas Wehr and Norman Rosenthal, two of the pioneer generation of researchers in the rediscovery and classification of Seasonal Affective Disorder and the establishment of light therapy as a treatment for depression.

His interests include seasonal, atypical, chronic and resistant depression, clinical psychopharmacology, light therapy, sleep disorders and circadian rhythm disturbances. He has written numerous scientific articles and book chapters, and is lead author of How to Beat Jet Lag: A Practical Guide for Air Travelers. His research passion is understanding the molecular mechanism of light therapy for treatment of depression and regulation of biological rhythms, for which he proposed a model of “humoral phototransduction” to explain these phenomena on a molecular level.

Dan is a former president of the Society for Light Treatment and Biological Rhythms. Dan serves as Medical Director of CET’s Chronotherapeutics Consultants, formed in 2004 to advise the hospital and managed care industries on the implementation of light and wake therapies as adjuncts to drug treatment of major depression.

CET is an independent, non-profit professional organization dedicated to education and research on the new environmental therapies.
We offer a variety of services, including background information, self-assessment questionnaires, and environmental therapy products.