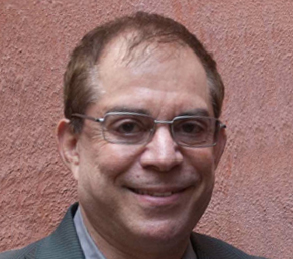 President, Board of Directors

Michael is President of CET, and editor-in-chief of cet.org. He graduated from Columbia University and received his doctoral degree in physiological psychology from Brown University in 1968. He is Professor of Clinical Psychology in Psychiatry at Columbia.

Michael began his career studying how animals react to daily cycles of light and darkness. Later, still sponsored by the National Institute of Mental Health, he studied the antidepressant, and physiological, effects of light therapy in several hundred patients.

This work led to a set of new non-drug therapies, including 10,000 lux light, dawn/dusk simulation, and high-density negative air ionization. In 1988, he and Anna Wirz-Justice co-founded the Society for Light Treatment and Biological Rhythms (SLTBR), which he served as President (1991-93). He founded CET in 1994.

Michael chaired the Task Force on Light Treatment for Sleep Disorders (American Academy of Sleep Medicine and SLTBR), and served for 12 years on the editorial board of the Journal of Biological Rhythms. In a 40-year collaboration with his wife, Jiuan Su, the Terman lab produced more than 200 scientific publications.

Michael’s co-authored clinicians’ manual, Chronotherapeutics for Affective Disorders, was issued in a second edition in 2013, as was his book for general readership, Reset Your Inner Clock.

Michael’s dream is that through CET, he will be able to popularize the use of light, and air, to help people with problems of mood, and sleep. In addition, he would like to further research on circadian rhythms, and their role in health, by bringing together stakeholders from a variety of disciplines and vantage points. Please help further these goals by making a contribution to CET!