Home Circadian Science 1.04 The Eye as Light Transducer to the Circadian Clock: Melanopsin as...

We mentioned before, in Part II (Locating the Circadian Clock in the Brain), that the neural fibers that travel from the eye into the brain separate into two branches, one serving visual perception, the other serving the inner clock. In fact the separation begins in the eye itself. It is an overlapping neurochemical and anatomical separation—a bit complicated!  There are two sets of structures in the retina that absorb the light resulting in vision, the rods (for night vision) and the cones (for day vision). The neural output of the rods and cones travels to processing structures, also in the retina, ending with the ganglion cells, which in turn sends the message of light into the brain, where we perceive it. All this has been known for 100 years or more. Nothing new.

But there are always surprises. Researchers of the circadian timing system were puzzled by the fact that totally blind animals that lacked rods and cones were still able to entrain their rhythms to light signals: Was there a separate, unidentified light receptor in the retina, which had never been detected in a century of research on the eye? You know the answer, of course: a resounding Yes! However, it was not a structure like the rods and cones, but rather a chemical named melanopsin that resides in a small minority of ganglion cells. When melanopsin activates these cells, the message travels to the inner clock, invisibly, and the clock conforms to the day-night cycle of the external world.

The puzzle, however, is not quite solved, since the same ganglion cells that contain melanopsin also receive messages from the rods and cones. The visual structures modify how melanopsin responds directly to light. In this way, the structures that subserve vision also affect circadian rhythms.

In another twist of this scientific adventure, researchers found that animals lacking the inner clock (the suprachiasmatic nuclei, or SCN) lost rhythmicity in behavior, hormone production, and body temperature– yet light receptors in the retina continued to oscillate on a circadian rhythm! The eye itself has an independent inner clock, which helps determine how big a response there will be to external light across the day and night.

Remé CE, Wirz-Justice A, Terman M. The visual input stage of the mammalian circadian pacemaking system. I. Is there a clock in the mammalian eye?  Journal of Biological Rhythms 1991;6:5-30.

Paul KN, Saafir TB, Tosini G. The role of retinal photoreceptors in the regulation of circadian rhythms. Reviews of Endocrine and Metabolic Disorders 2009;10:271-278. 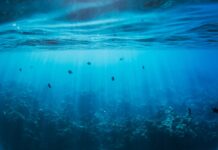 1.03 The Effect of Timing of Light Exposure on Circadian Rhythms (Entrainment and Phase-Shifting)

1.02 Locating the Circadian Clock in the Brain