Sleep science is very curious about napping. Some people do it, others avoid it, babies are multiple nappers, oldies need to not take too many for too long. What and when and how is a nap?

Once upon a time when humans lived by the day-night cycle and seasons, with only fire to lighten the darkness, night sleep was longer (especially in winter) and was broken up into a “first” deep sleep followed by a long break awake, then a “second” sleep towards morning. A nap during the day helped avoid the tropical heat. Like many animals, humans showed what we call polyphasic sleep (just look at your cat). Of course, this is still visible in infants who sleep in small bouts throughout the day and night, and whose sleep only gradually coalesces into primarily nocturnal sleep with one or two naps during the day as they grow older. But in today’s society there is little time for adults to take a nap, nor is there widespread acceptance that they are useful, not escapism.

In other words, naps are normal, and naps can restore alertness and energy, enhance mood, and even improve learning and cognitive performance. A nap can thus be extremely useful before driving at night or another strenuous task.

The key to a power nap is duration

The evidence from many careful studies of naps indicates that naps shorter than 30 minutes are most refreshing. After shorter naps we feel fitter and ready-to-go. One of the problems of longer naps — indeed, a phenomenon we all know when waking up after a night’s sleep — is what is called “sleep inertia” or sleep drunkenness, that weird feeling of disorientation and slowed-down reactions that lasts about half an hour after waking. So if you nap too long in the afternoon, you will wake up sleepy and fatigued and it will take some time until you are back in form.

Longer daytime naps are often associated with shorter and worse sleep at night; thus, it is the total amount of sleep over 24 hours which counts in estimating healthy behavior. Older people need to be particularly aware of not taking too many or too long a nap to avoid the long-term consequences of serious illness.

The classic post-prandial early afternoon siesta is the right nap. Timing is important — don’t nap in the late afternoon. If you do, the build-up of sleep pressure during waking will be reduced, so that when you try to go to sleep at night there’s not enough left!

Allow yourself the luxury of a short nap in the early afternoon, if you can fit it into your daily schedule. It is not a luxury at all, but a simple way of improving mood and alertness during the rest of the day. 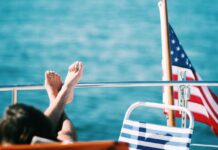 Dividing sleep across day and night: polyphasic sleep is not for most of us