What are negative air ions, and how do they affect us?

Negative air ions attract dust, pollen, bacteria, viruses, and other undesirable particles. When they do so, the resulting combination is then too heavy to remain floating around. Such heavy clumps of ions and particles thus drop to the ground, leaving the air fresh, and clean.

A negative air ionizer, then, is like a natural, miniature vacuum cleaner that purifies the air.

However, negative air ions also serve another function – one potentially more important, and one you may have already experienced. Negative air ions, especially in large quantities, can make people feel better, and even reduce depression. That may be why, when you are in a place with high concentrations of negative air ions, such as a beach, or waterfall, or meadow, you feel better. 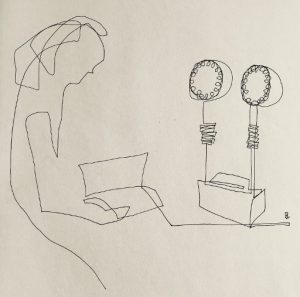 Our city homes and offices tend to have fewer negative air ions because radiators and air conditioners dry out the air. Without moisture in the air, water molecules cannot surround an oxygen molecule, and ensure that the extra electron – with its negative charge – stays with it. For that reason, city dwellers sometimes buy negative air ionizers.

Here, however, we will focus on the scientific literature on negative air ionization, and its affect on mood. While we are not sure how these particles affect us, there is a solid body of literature showing that high concentrations of negative air ions have a positive effect on mood. We present the details below in the form of summaries of key articles. PDFs of each article are available for those who would like to dig deeper.

Treatment of Seasonal Affective Disorder with a High-Output Negative Ionizer

The effectiveness of the high density ion treatment, and the absence of side effects, suggest that this therapy would be effective alone, or as a supplement to other treatments for seasonal affective disorder.

This study confirmed the results of the research just described. Specifically, subjects with seasonal affective disorder were far more likely to get better when exposed to 18 days of sessions with high density negative air ions compared with a placebo (no negative air ions).

Further, the subjects got better regardless of whether they had 30-minute, or 60-minute, sessions.

Finally, people who received an ion treatment were more likely to get better if they had a morning (vs evening) chronotype (that is, were early birds vs night owls). However, as other research confirms, people with either kind of chronotype improved with ion treatment.

In contrast, the low ionization group only showed some improvement in mood, and no one in that group completely got over his or her depression.

Music, bright light, and high-density ions were all equally effective in quickly improving mood in young adults. Student subjects included a subset with symptoms of depression. 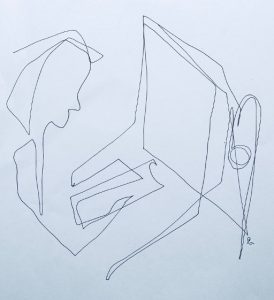 Subjects were given one of five treatments. The first four (vs the last) were closely matched in the substantial extent to which they reduced seasonal depression

Specifically, each treatment reduced depression in the following percentages of people who had that treatment:

These results indicate that treatments, such as dawn simulation and high-density negative air ions, can be effective for depression without the active involvement of a depressed patient.

Air ions and mood outcomes: a review and meta-analysis

This review covers eighty years of reports on negative air ionization, mostly at low levels, far below those used in more recent studies . It includes tables summarizing studies and their outcomes, as well as a comprehensive meta-analysis (statistical analysis combining the results of multiple studies).