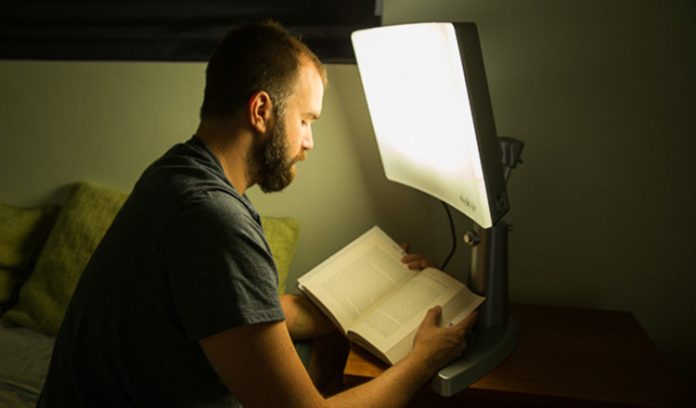 Winter Blues: When to Consider Drugs

Bupropion (Wellbutrin XL) is the first drug approved by the Food and Drug Administration for the prevention of seasonal affective disorder, or winter depression. About 5 percent of Americans, three-quarters of them women, experience Seasonal Affective Disorder (SAD) each year. But do you need medication to prevent or treat it? Here are answers to five questions about this type of depression.

How do I know it’s winter depression?

Some symptoms are similar to those associated with other types of depression: sadness, fatigue, excessive sleepiness, social withdrawal, and trouble concentrating. But people with SAD also tend to move slowly, crave carbohydrates, and gain weight. And they’re less likely than people with conventional depression to have feelings of worthless- ness or thoughts of suicide. The nonprofit Center for Environmental Therapeutics, at www.cet.org, has an online questionnaire that can help you determine whether you have the disorder.

Can I get Seasonal Affective Disorder if I live in a warm and sunny climate?

Yes, but it’s less likely. It occurs most often in people who live in northern latitudes, where winter days are shorter and darker. For example, about 10 percent of the people living in Alaska experience symptoms of SAD, compared with only 1 percent of those in Florida, where the sun shines for more hours in the winter.

If I’ve had the disorder, will I get it every year?

Not necessarily. People who have experienced winter depression might have a year where the symptoms are less severe or don’t show up at all. The best strategy is to watch for early warning signs, including fatigue, oversleeping, carbohydrate cravings, and weight gain. They tend to creep up weeks before your mood actually plummets, says Michael Terman, Ph.D., director of the Center for Light Treatment and Biological Rhythms at the Columbia University Medical Center in New York. This gives you time to start medication if you need it.

For mild cases, doing 60 minutes of outdoor aerobic exercise in the morning might bring some relief. It makes sense to try that before medication or other treatments.
For more persistent cases, there’s strong evidence that spending 30 minutes a morning in front of a lamp that simulates bright white daylight -ideally within 10 minutes of waking— can help. In a May 2006 study of 96 people, Canadian researchers found that light therapy was as effective as the antidepressant fluoxetine (Prozac and generic) in reducing symptoms of winter depression. And it works faster, usually within four to seven days, compared with four to six weeks for antidepressants. For more information on light therapy, go to www.cet.org.
Other treatment options include cognitive-behavioral therapy, in which you learn to ward off negative thoughts about the season and work on finding enjoyable activities. That kind of therapy might also help prevent a recurrence.

Is Wellbutrin XL better than other drugs for the disorder?

GlaxoSmithKline, the manufacturer of Wellbutrin, was the first to undertake the expense of conducting a clinical trial specifically on preventing SAD. In the study, which involved 1,000 people prone to winter depression, 16 percent of those who took bupropion every day through the winter developed the disorder, compared with 28 percent of the group that took a placebo.
“Clinically, there’s nothing special about the efficacy of Wellbutrin relative to other common antidepressants for the treatment of SAD,” says Terman. But it might carry less risk of sexual side effects than SSRIs, including fluoxetine and sertraline (Zoloft and generic).

Is there a rule of thumb for deciding whether to use the light box...